Coral researcher and Head of the Department of Integrative Biology, Virginia Weis is one of eight researchers selected for a new $14 million National Science Foundation program aimed at helping scientists better understand the relationship between gene function and the physical and functional characteristics of organisms. 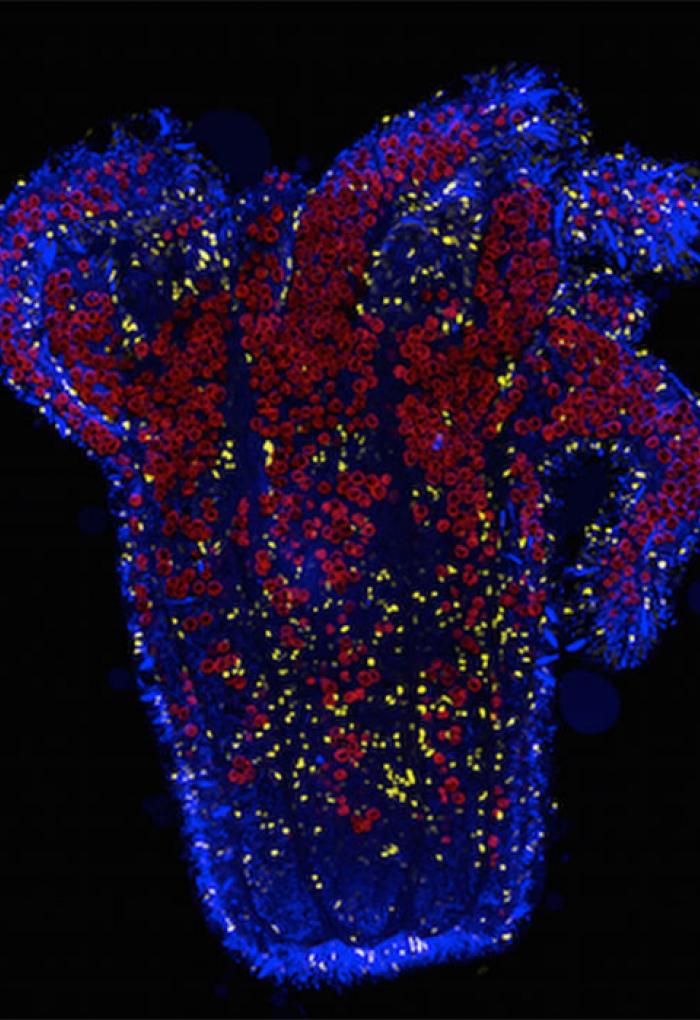 Image of a very small Aiptasia taken under a confocal microscope. Photo by Trevor Tivey.

Weis will use her $1.875 million EDGE program award to further study the microscale cellular, molecular and genetic mechanisms that underpin the symbiosis between corals and algae. Her project is entitled, "Functional-genomics tools for Cnidarian-dinoflagellate symbiosis."

EDGE stands for Enabling Discovery through Genomic Tools. The NSF’s Biological Sciences Directorate administers the program, which funds projects that seek to develop new tools and teach researchers how to use them.

“It’s a tremendous honor to be selected for this important new program,” Weis said.

Corals are made up of interconnected animal hosts called polyps that house microscopic algae inside their cells, Weis explained. The coral-algal symbiosis, or partnership, is the foundation of the entire coral reef ecosystem; the polyps receive food from the algae, and the polyps in turn provide nutrients and protection to the algae.

“Coral reefs are profoundly important, diverse ecosystems that are threatened worldwide by environmental variation and stress,” Weis said. “While a great deal of attention has been focused on the environmental threats to corals, there remains only a partial understanding of the regulation of the symbiosis, and more knowledge will provide a stronger foundation for studies of coral health and coral stress, such as coral bleaching, in which the host polyps lose their symbiotic algae.” 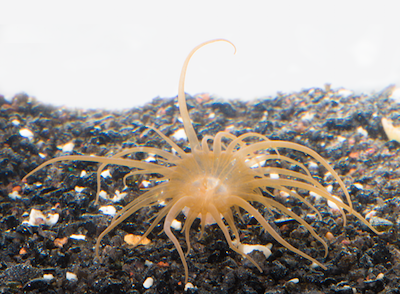 Weis’ project will bring together coral biologists, cell biologists and geneticists from Stanford University, the Carnegie Institution and Florida International University to study a small sea anemone that serves as a proxy for corals. Corals do not survive well in a laboratory setting, are slow growing and are difficult to collect. The fast-growing, weedy sea anemone Aiptasia will allow researchers to make quick progress on the study of coral symbiosis.

“This award is focused on technique development and swift dissemination of results through online communication platforms to both the scientific community and the public,” Weis said.

“A variety of genetic techniques will be developed, including gene editing in both partners, to be able to test hypotheses about the involvement of specific genes in coral health and stress. This award will contribute to the training of scientists and expose school-aged children and others in the general public to coral reef and symbiosis science.”

Last year, Weis was awarded a three-year NSF grant for $583,000 to study molecular and cellular interactions that occur during coral bleaching.