The College of Science is delighted to announce Dee Denver as the new head of the Department of Integrative Biology effective July 15, 2020. Denver brings highly innovative, collaborative and interdisciplinary research strengths, an extensive record of service in the areas of diversity and inclusion and a proven commitment to graduate and undergraduate education.

Denver is currently professor of integrative biology and he served as the director of the interdisciplinary Molecular and Cellular Biology graduate program from 2014-2017.

Denver joined the Department of Integrative Biology in 2006 as an assistant professor and was promoted to full professor in 2017. For the last 14 years, he has led a highly successful and dynamic research program on the evolution and genomics of many forms of life including nematodes (roundworms), phage, bacteria, anemones and trees that dwell and evolve in terrestrial, marine and lab environments.

The Denver lab currently focuses on the evolutionary genomics of nematode symbiosis and microbiomes, and the population genetics of invasive plant-parasitic and slug-parasitic nematode species.

“The opportunity to lead the Integrative Biology community is a profound honor,” said Denver. “My vision is to cultivate an inclusive academic community guided by shared values. Promoting diversity, equity, and inclusion throughout the department will be a top priority.”

“I look forward to building on the outstanding undergraduate programs in our unit, and further strengthening our graduate program through the adoption of holistic admission and training strategies. Integrative Biology is renowned for research excellence, and I look forward to advancing our scholarly mission by promoting innovative and interdisciplinary research that integrates across biological scales and incorporates diverse perspectives and approaches.”

Virginia Weis, current head of integrative biology, has held the position since 2011. Under her leadership, the department has witnessed impressive growth in the areas of student success initiatives, cutting-edge research programs and pedagogical innovations. The College and the department have been enriched by her transformative leadership and are deeply grateful for her many contributions. She will now return to her teaching and research responsibilities in the department.

An outstanding scientist, teacher and mentor, Denver has led a dynamic and collaborative scholarly research program, developed and delivered innovative graduate and undergraduate curriculum, and provided extensive service to integrative biology and OSU. 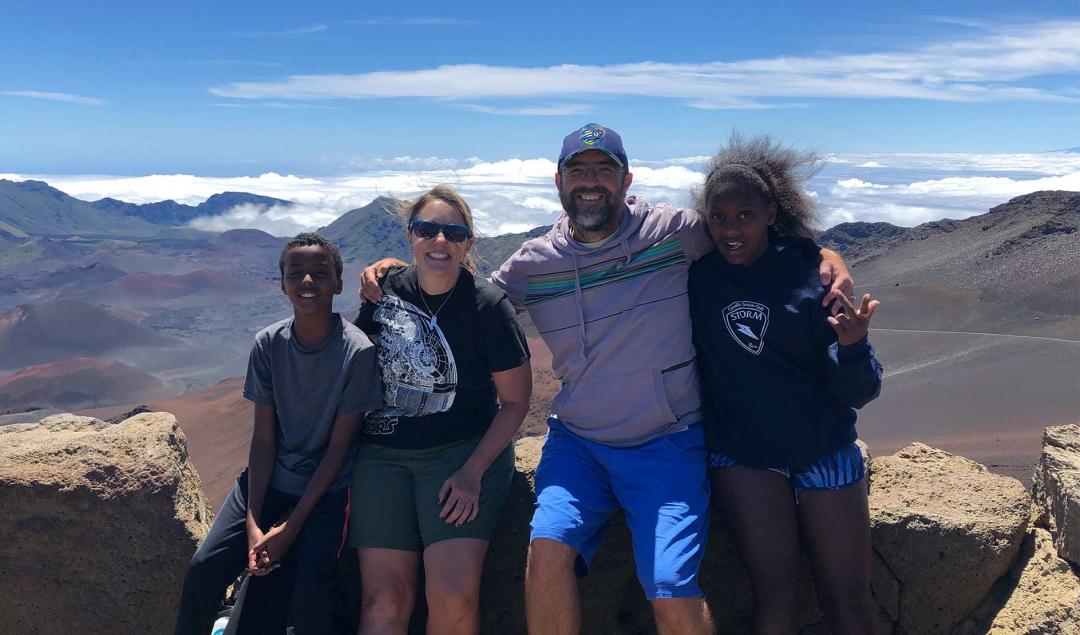 In addition to evolution and genomics, Denver and his research team also investigate the intersections of biology with Buddhist philosophy and practice; for this research, he has traveled and interacted with Buddhist communities in China, India, Sri Lanka, and Hawai’i. His book The Dharma in DNA is under review with Oxford University Press. He has published more than 60 peer-reviewed articles, including scholarship in highly ranked journals such as Science, Nature, PNAS, Nature Genetics and Genetics. The Denver Lab has been awarded a funding of $7.8M since 2013 by agencies such as the National Science Foundation, the National Institutes of Health, the U.S. Department of Agriculture and other federal and state agencies.

College of Science Dean Roy Haggerty congratulated Denver on his appointment and welcomed him to the College’s leadership team.

“Dee is a highly regarded scholar and educator and I look forward to his leadership of the department. I heartily support his goals to advance excellence in research and learning in the department to prepare the next generation of scientists. I also commend and appreciate his meaningful work in promoting diversity and inclusion,” said Haggerty.

Particularly notable and inspiring are Denver’s passion for and efforts to foster diversity, equity and inclusion at OSU. Beyond building a diverse research team and an inclusive environment in his lab, Denver has played a leading role in enlarging and deepening the College and Integrative Biology’s investments in equity, justice and inclusion. He developed the first Difference, Power, and Discrimination course for the Biology undergraduate degree program. His course – BI 175 Genomes, Identities, and Societies – examines the historical legacy of eugenics instruction and promotion at OSU and investigates the relative roles of genetics and society in shaping social categories such as race and gender.

Denver has also served on the OSU Diversity Council and was Chair of the 2016-17 College of Science Diversity Working Group. Additionally, as a member of the Integrative Biology Executive Committee, he initiated an effort to launch the IB Incubator group, which provided a diverse group of (mostly) junior faculty the opportunity to work together to pilot new inclusive community building activities.

Denver received an undergraduate degree in Biological Sciences from the University of Missouri-Columbia. He earned a Ph.D. from the University of Missouri-Kansas City where his dissertation research provided uniquely direct insights into the DNA mutation process using a nematode (‘roundworm’) model system. He was awarded a NIH fellowship to perform postdoctoral training in theoretical evolutionary genetics at Indiana University, followed by another postdoctoral fellowship at the Allan Wilson Centre for Molecular Evolution and Ecology in New Zealand.

Denver lives in Corvallis, and he is married to Stephanie Swenson, a math and science teacher-mentor with the Corvallis School District. Dee and Stephanie are parents to two amazing teenagers, Amani and Hirut Swenson Denver, who they adopted from Ethiopia in 2007