Since the eighth grade, Gretchen Schuette always knew she wanted to be a biological research scientist. There was no doubt in her mind. However, in 1968 she earned a bachelor’s degree in English literature from Smith College. Only years later did she return to her ambition to study science, earning a master’s in botany from Central Michigan University in 1975. Then she set her sights on earning a Ph.D. in oceanography at Oregon State.

“OSU’s Ph.D. program in oceanography was just so welcoming and supportive, especially my professors—John Byrne, Jack Dymond, Jack Corliss and Hans Schrader,” recalled Schuette, who arrived as mother of two small children and a broad arts and science background in literature and botany.

“I learned so much from them. They really modeled collaborative work, and they modeled learning together. It was a wonderful experience.”

Schuette came into her own in the 1960’s. “It was such an era of change. I was really moved by all that was going on then.” The dawning of the age of Aquarius shaped her values and beliefs and shifted her perspective, challenging her lifelong goal of becoming a biological research scientist.

After earning her doctorate in oceanography in 1980, Schuette came to a powerful realization. She remembers being struck by the notion of wanting to bring about change in a very big way.

“I realized that as a scientist, I wasn’t really going to change the world in my lifetime. And that was hard. It got me thinking about how I could make an impact. That led me to LBCC (Linn Benton Community College).”

“The Ph.D. was a good foundation and it really opened doors for me—into teaching, administration and so much more.”

She credits her broad undergraduate education in the humanities and her graduate studies in science with laying a strong foundation for her extensive career in higher education.

Schuette has served at multiple levels of leadership in higher education: from director, dean and president to superintendent and commissioner.

Schuette was hired as Oregon State University’s first Dean of Distance and Continuing Education and the Director of Portland Area Programs.

“I am so pleased to see OSU’s Ecampus flourishing.” For the past two years, Ecampus has been ranked in the top 10 nationally for online education by U.S. News & World Report.

“I really value access. I was drawn to the mission of giving working people and people with families easier access to education,” said Schuette, who championed programs that support student access and success at Oregon’s community college for almost 30 years.

Schuette is also President Emeritus of Chemeketa Community College. One of her notable contributions to higher education in Oregon was at Chemeketa, where she helped them reach higher levels of academic achievement and excellence in technical training, workforce development, and business support. Under her leadership, the college survived difficult financial times as state resources fell while student enrollment at its five campuses and centers soared 31% in a 10-year period, with nearly 60,000 students taking classes.

“My motivation was to give more access to more people and have everybody succeed,” said Schuette. “I just fell in love with the community college mission and I never looked back. I am lucky I found that path.”

She fondly recalls the cohesiveness and support at Chemeketa Community College.

“I had a strong group of colleagues. We had an almost revolutionary feeling to change things for students. The feeling that we can do anything together. Everybody came together around student retention strategies. It was life changing.”

She went on to serve as Oregon's Commissioner of Community Colleges and as superintendent of the Gresham-Barlow School District. Schuette recalls learning much about the challenges facing education when she visited a kindergarten class in the school district.

“They asked ‘Are you married?’ and ‘How tall are you?’ I realized then the importance of reaching younger students and showing them that women can be in leadership roles.”

Her unparalleled leadership and devotion to excellence, diversity and service are evident by numerous awards and prominent roles she has held throughout her career, including recognition from the Oregon Diversity Institute and the American Association for Women in Community Colleges and serving on the Marion County Families and Children Commission, OSU Alumni Association Board, Public Commission of the Oregon Legislature, and the Oregon State Board of Higher Education. She has also served on two College of Science Board of Advisors under Dean Sherm Bloomer and currently under Dean Sastry Pantula at OSU. 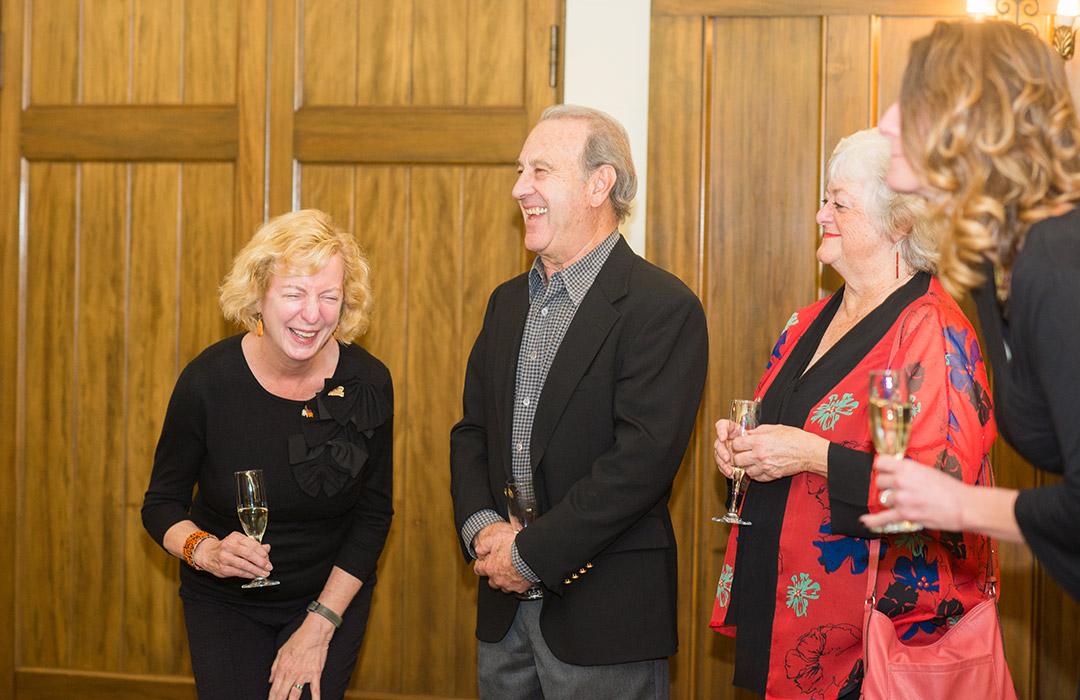 Schuette is the recipient of the 2016 College of Science Distinguished Alumni Award, which recognizes exceptional achievements and leadership that bring honor, distinction, and visibility to the College of Science and to Oregon State University.

Although retired, she keeps quite busy, devoting her time to charitable interests, such as the Youth Farm at Marion-Polk Food Share, Oregon Humanities, Feeding America San Diego, and especially higher education.

Her passion for the arts and for diversity are reflected through the Gretchen Schuette Art Gallery at Chemeketa, which features the work of diverse regional and national artists.

Although she earned her a bachelor’s degree from Smith College and her master’s degree from Central Michigan University, Schuette remains a fiercely loyal Beaver.

She especially cherishes her Beaver Champion Award, which she received from former OSU President Paul Risser. The award recognizes outstanding effort and achievement of excellence, extra effort beyond what is requested, and performance of the highest quality. Produced by Oregon sculptor Kenneth M. Scott, the award is a bronze casting of a beaver in action, moving swiftly in its environment and evokes a sense of overcoming obstacles and of getting things done.

It’s what Gretchen Schuette does.